COLLABORATE TO ESCAPE ALIVE FROM THIS SPACE STATION 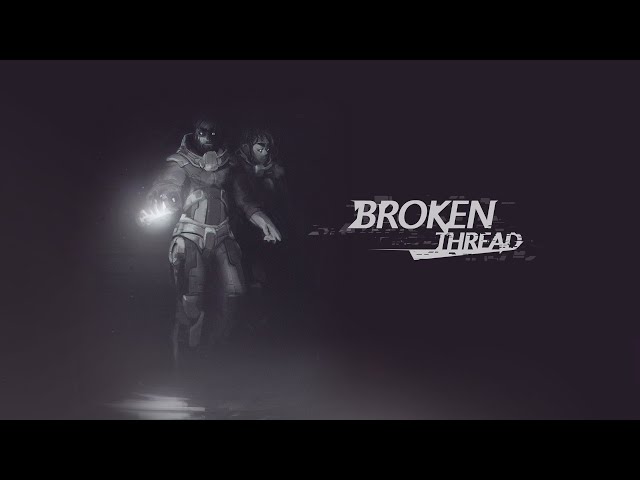 Broken Thread is an original creation that projects players into a space station inhabited by a mysterious, and no less hostile, creature.

The latter is controlled by one of the players. The console screen is therefore divided into 2 distinct parts with a separator. The game combines an exfiltration strategy in co-op mode and a game of hide and seek with the creature; the latter having a key advantage, namely an overview of the board with the location of the explorers.

The goal of the game: find the exit and escape together for the explorers, eliminate 2 explorers for the creature.

Broken Thread is an asymmetric game in which players take on the role of a team of explorers who discover an unknown space station.

But, they realize that this one is inhabited by a mysterious creature which is very hostile. So they’re going to have to escape before she eliminates them.
Unfortunately for them, the resort is suddenly plunged into darkness. They have no idea where they are or how they can get to the exit.

The creature, which will be played by one of the players, knows exactly where the exit is. She has in front of her the map of the station. She will be able to play « action » cards to gradually exhaust the players and ultimately succeed in eliminating them.

They will have to progress in the dark, taking varying degrees of risk, looking for equipment and clues to help them find the exit. Will they manage to escape before the creature eliminates them all?
Well, it will be up to you!

Broken Thread is an original creation for SquareOne®.

The console, with the separator, makes it possible to manage on the same screen the asymmetry of information which is at the heart of the game: an overview of the station’s map for the “creature” part and the various rooms plunged into darkness for them, explorers.

To get out of this, the explorers will have to search the rooms and furniture in there. They will have to orient their pawn in order to generate interaction with the elements of the scenery with which they can interact.

Finally, the sound environment, thanks to the SQ1’s built-in speakers, is a driving force behind the game and helps give it a unique identity. Depending on where the creature is, it will make more or less noise, which will allow explorers to judge whether it is near or far from them and to act accordingly.