BECOME THE MOST FAMOUS CRYSTAL FISHERMAN IN THE BAY! 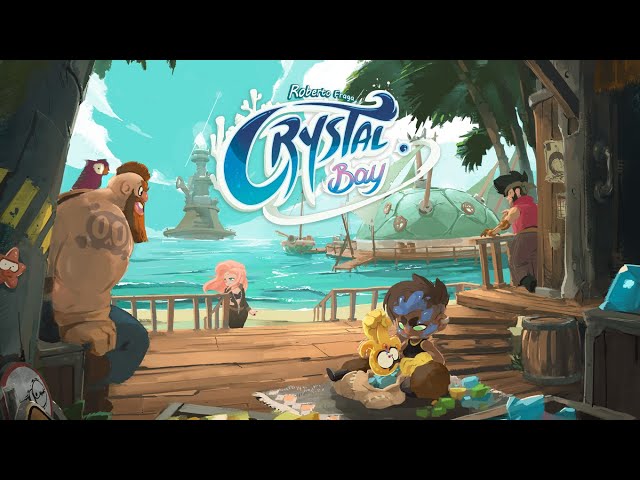 With Crystal Bay, you will do everything to become the best crystal fisherman in the bay. You will be immersed in a unique graphic and sound universe. It is a game mixing strategy and memory with an exclusive setting, to be positioned on the SquareOne® tower.

The goal is to collect as many crystals as possible using your sailboat, golems, and movement cards. The lighthouse, a central part of the game, will reveal the location of these precious crystals to you with the magical light it casts on the bay.

Crystal Bay is a family friendly game where players spend their time getting nasty. The players will have in hand “power” cards which will allow them to move. It will also make it possible to generate events on the board to their advantage (super-grapple to steal crystals) or to hamper their opponent (limit the capacity of the boat’s hold, block an opponent).

Who better than Roberto Fraga, the author of the game, to talk about it:

“I came up with the idea for this classic game several years ago. But it was just too much of a hassle to do on a classic game board. The possibilities that SquareOne® offers in terms of game mechanics have brought Crystal Bay to life as I had imagined it, making it much more intense and immersive. With SquareOne® we have the possibility of triggering random events which will upset the physiognomy of the game such as tsunamis, earthquakes, volcanic eruptions. And we can make them visual and sound with dedicated animations.”